Apparently, Confucius didn’t say “One Picture Worth Ten Thousand Words” after all. It was an advertisement in a 1920s trade journal for the use of images in advertisements on the sides of streetcars. Even without the credibility of Confucius behind it, we think this saying has merit. Each month we share a few charts or images we consider noteworthy.

The focus this month is on the impact of low yields on the equity market - the spread between Australian government bond yields and ASX dividend yields has only expanded despite the large cap equity rally, as Evans & Partners shows; leading large cap yield plays up to their highest valuations, as measured by P/E, since the GFC, as illustrated by Equitable Investors; and despite a long history of  lower PE stocks outperforming, the market perception at the moment is that "value" is out of vogue, according to the Bank of America Merrill Lynch survey.

Equitable Investors is exploring these themes further in its June quarterly update. 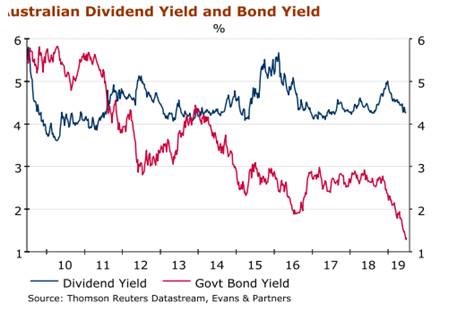 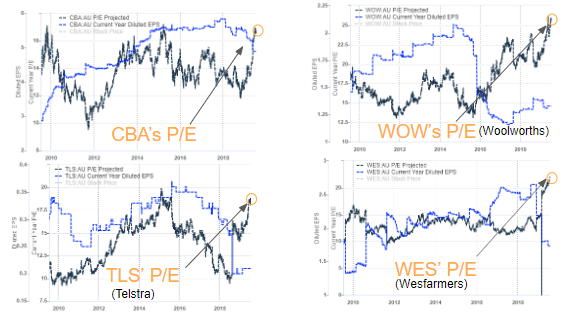