December 24, 2017
Warren Buffett says, “I just sit in my office and read all day.” Not everyone can afford to devote themselves to reading to that extent so here's a shortcut - the headlines that caught our eye this past week and compelled us to click and read... or this week view a number of charts.

Behind the most unbelievable stock run of 2017 at Big Un Limited | AFR
Beyond that the most enthusiastic backers of Big are excited punters who frequent online stock forums, who have found themselves on to a winner. The lack of institutional share ownership means it's almost impossible for the sceptics to bet against the stock by shorting it, as no shares are available to borrow.

What’s hot, what’s not – Stockhead’s yearbook of ASX debutants for 2017 | Stockhead
From cannabis for pets to infant milk formula, ASX debutants make quite the class for 2017.
Overall there have been 93 IPOs on the market to November 30, not including reverse takeovers or re-listings... if all participants were equally weighted, average performance would be around 82 per cent. But, don’t let that fool you... just over 52 per cent of the IPOs ended above their issue price over the period.

Lithium & marijuana running away from crypto stocks as 2017 comes to a close | Equitable Investors
What have been the buzz categories this year? Off the top of my head, I come up with Cannabis, Chinese demand for Aussie food brands, cryptocurrencies and lithium (if you've got others, let me know). So how have these buzz stocks performed? Stocks associated with cryptocurrencies under-performed relative to other buzz categories - they only delivered a capital return of 140% in the first 11 months of the year.

The most popular stock quotes on MarketWatch in 2017 | MarketWatch
But the historically low volatility in 2017 meant less people were checking DJIA quotes than in 2016 -- which kicked off with the worst opening week for U.S. stocks ever and ended with a 750-point Election Night dive, then huge rebound.

Skincare is now a serious business | Raconteur
...this trend has seen some of the bigger brands change tack and focus on ingredients, marketing products to emphasise actives rather than more abstract claims. Reflecting this shift are magazine pages, which are now regularly devoted to the transformative power of ingredients.

Don’t Believe China’s Trade Hype | WSJ
Despite the glowing free-trade rhetoric from Beijing, inside WTO negotiating rooms China is hardly a champion of free trade. Instead, the Chinese run with the G-33, a group of poorer, protectionist-minded WTO laggards—the likes of South Africa, Venezuela, Zimbabwe and India.

The Returns to Value Strategies When Valuation Spreads Are Wide (Deep Value) | Alpha Architect
Value stocks are more likely to be acquired in a merger than growth stocks... the chance that a value stock is bought in any given month is 0.26 percent, whereas the corresponding number for growth stocks is only 0.15 percent

Tesla big battery outsmarts lumbering coal units after Loy Yang trips | REneweconomy
The Tesla big battery is having a big impact on Australia’s electricity market, far beyond the South Australia grid where it was expected to time shift a small amount of wind energy and provide network services and emergency back-up in case of a major problem.

No sign of alien life ‘so far’ on the mystery visitor from space, but we’re still looking | The Conversation
The mystery object discovered earlier this year travelling through our Solar system is showing no signs of any alien life, despite plenty of efforts to look and listen for a signal.

Prominent Names Within the Crypto Space Cash Out Their Positions | Sprott Money
Two in particular have now cashed out of their cryptocurrency positions almost entirely.
The first is Charlie Lee, the founder of Litecoin, often referred to as “Bitcoin’s silver.” As it is closely linked to the success of Bitcoin, Litecoin has skyrocketed in value over the course of the year.


...all my Christmas shopping problems solved in one hit | Leunig 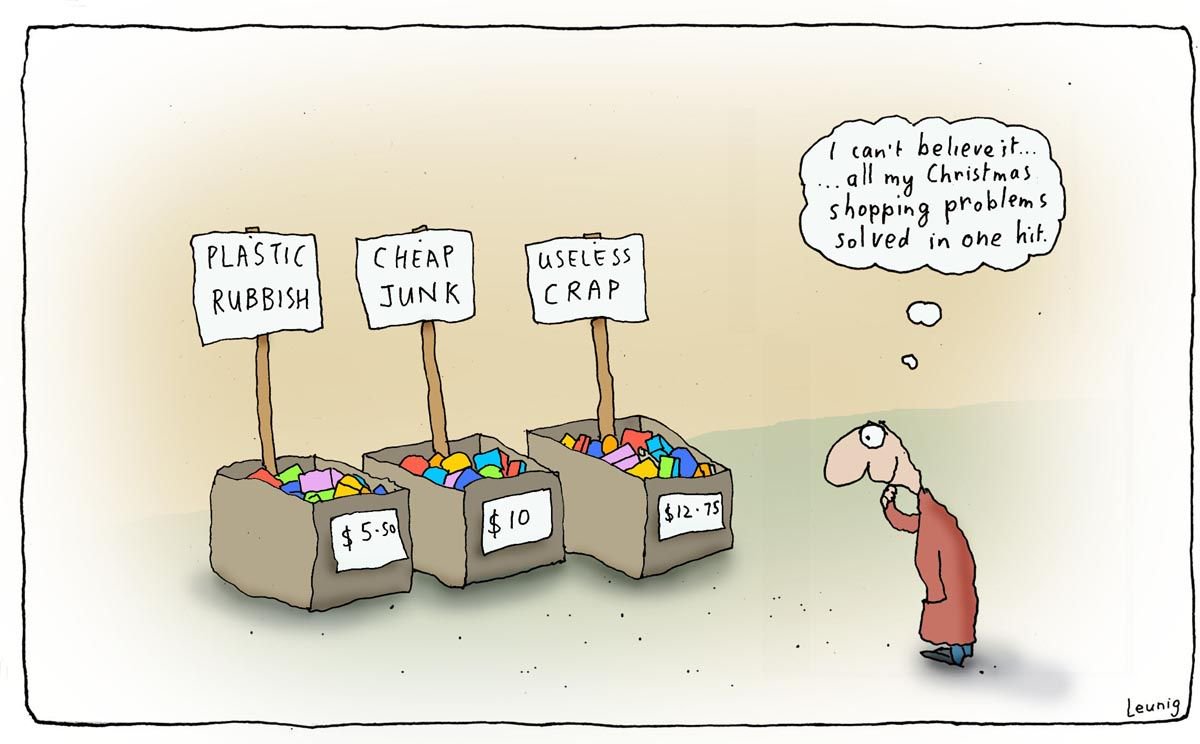