Bank of America has charted the phenomenal amount of capital flowing into equity markets. It's also a bull market for used cars, Bloomberg reminds us. The Financial Times sets out China's economic development through time. Then we get back to equities with Morgan Stanley highlighting a spread between large and small cap valuations in the US that Equitable Investors also identifies in Australia. BCA Research charts the extraordinary rise of loss making businesses as IPOs. Finally, lower multiple stocks generated the greater returns in FY21, based on Equitable Investors' number crunching.

June half annualised inflow to equities was largest ever 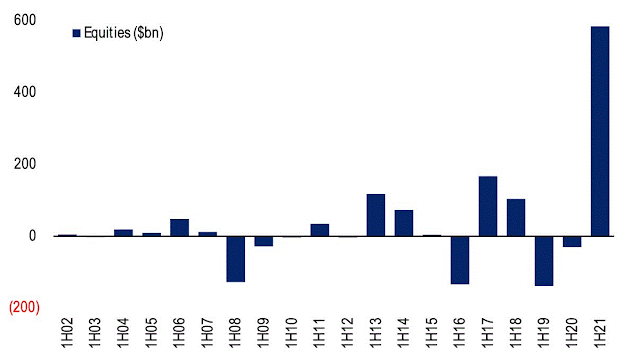 June half annualised equity inflows greater than prior 20 years 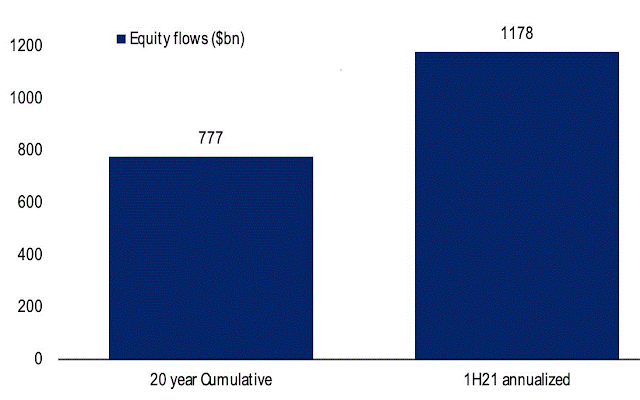 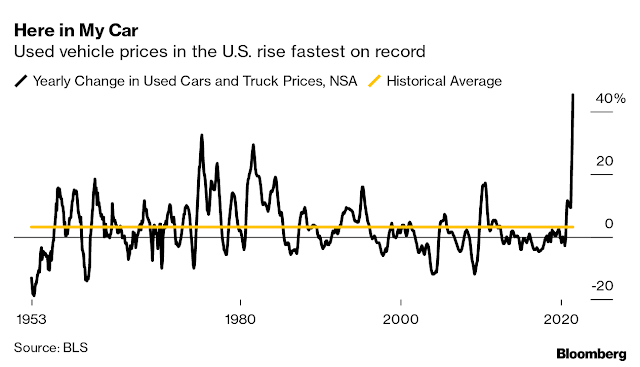 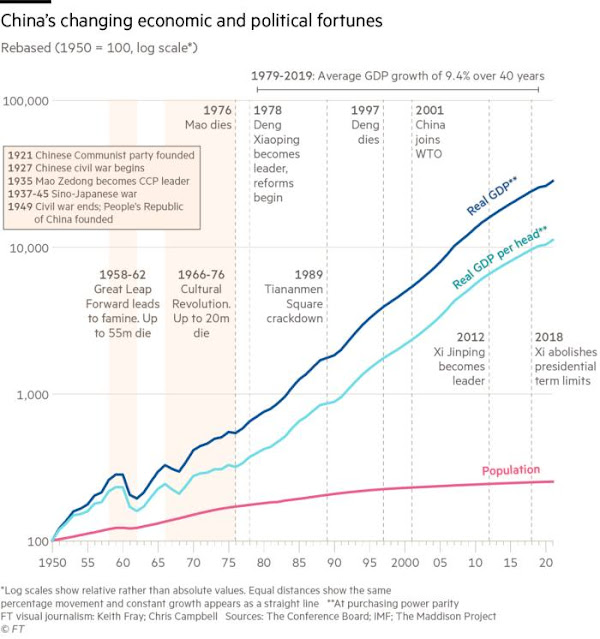 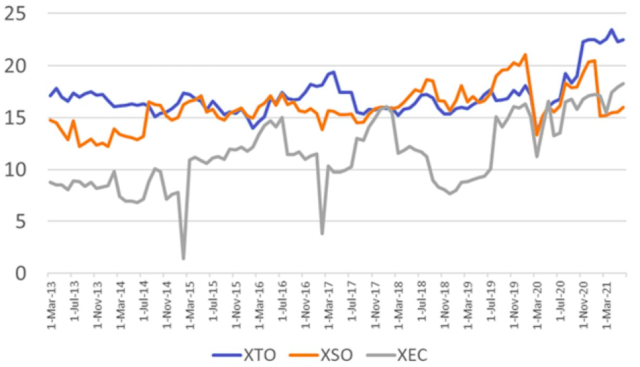