January 16, 2020
Apparently, Confucius didn’t say “One Picture is Worth Ten Thousand Words” after all. It was an advertisement in a 1920s trade journal for the use of images in advertisements on the sides of streetcars. Even without the credibility of Confucius behind it, we think this saying has merit. Each month we share a few charts or images we consider noteworthy.

The big have been getting bigger as momentum continues for passive, market-cap weighted index investing, as Morgan Stanley has set out for the US market (S&P 500); at the same time US stocks with negative tangible assets have outperformed the market according to Bloomberg. There once was a time when revenue multiples were hardly ever referred to but these days they are all the rage - and Equitable Investors shows they have increased across high and low percentiles. Then returning to Price-to-Earnings (PE) multiples, Morgan Stanley shows that Australian "value" stocks are trading at a discount to "growth" stocks that is greater than average. The ASX 200 is trading at a record PE multiple level as Evans & Partners shows, while in contrast JP Morgan has the US S&P 500 pinned within one standard deviation of the long-term average P/E - and perhaps more importantly highlights negative correlation between PE multiples and subsequent five-year returns. Still, Macquarie points out that if you are going to look at PE multiples, the gap between the US and the rest of the world has widened. Back on the ASX, Equitable Investors has updated its analysis of five year total returns (ex resources, REITS, investment companies and bioetch) and found 63% of stocks delivered positive returns with ~50% meeting or exceeding the estimated cost of equity. Turning to the Australian economy for two more charts, it appears the housing industry is up and about (but it remains to be seen what impact the tragic bush fires have). Australia stood out in 2019 as one of the greatest disappointments relative to consensus GDP expectations, according to Goldman Sachs. 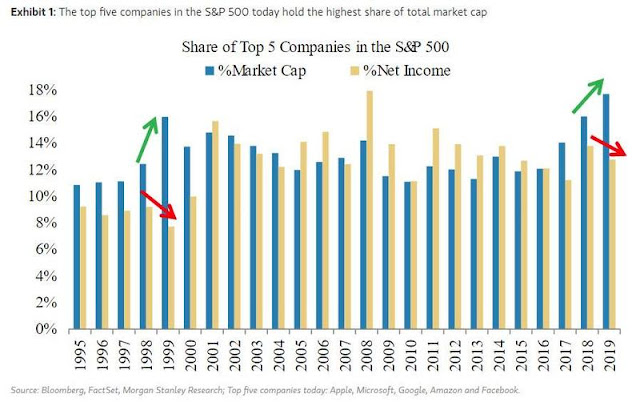 Performance of US stocks with negative tangible book value 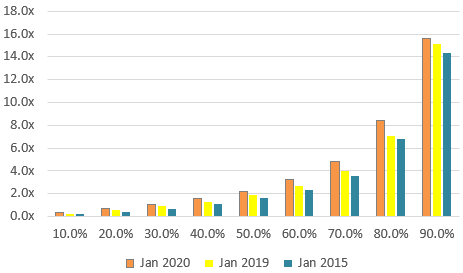 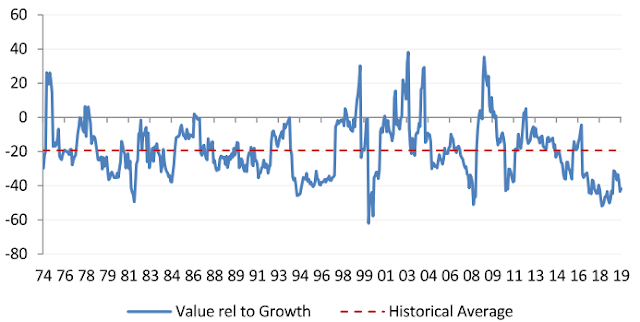 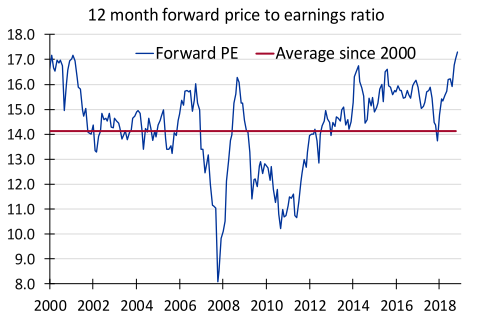 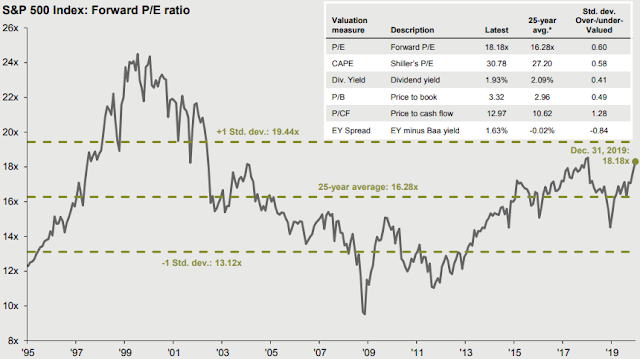 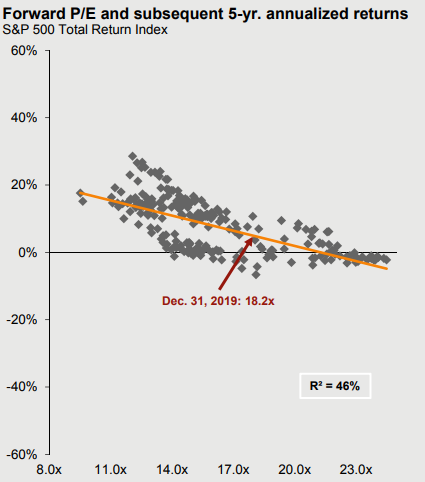 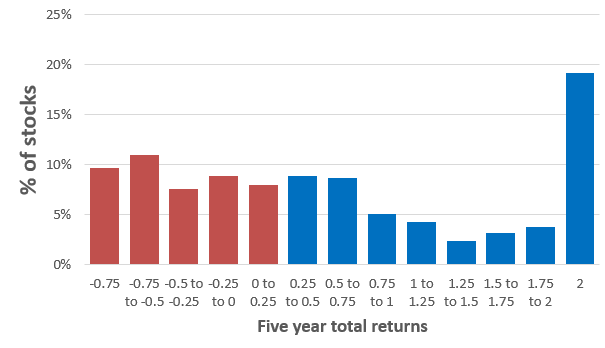 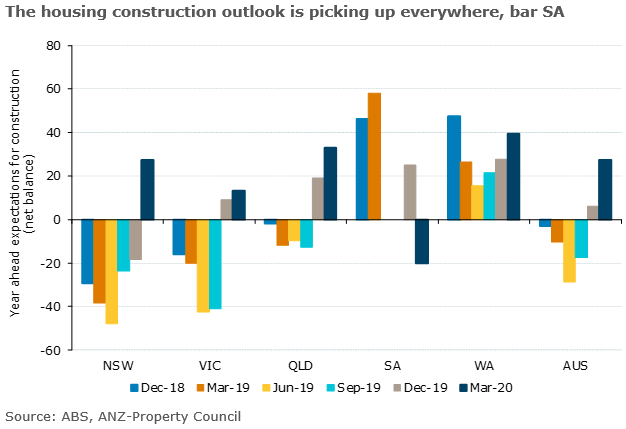 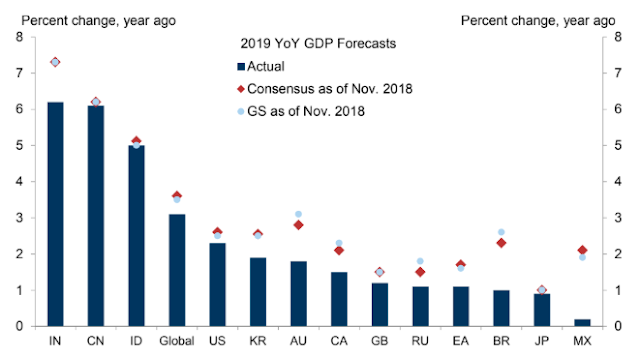