September 03, 2018
Share prices should be reflective of future expectations rather than the past. Earnings reports provide vital new information to tune expectations but on their own shouldn't dictate share prices. That is why, with the ASX reporting season now at an end, we look at changes in analysts' earnings expectations as an indicator of the strength of the season. We see these changes as far more instructive than simply whether the reported financials were better or worse than analysts' targets.

Analysts have been forecasting earnings on just under 500 ASX listed companies. In aggregate we didn't find much to get excited about. Over the course of the month of August, the average change in the consensus earnings per share forecast for fiscal 2019 was -1.76% - or -0.54% if the average is weighted by market cap.

Looking back over the past two months, capturing the impact of earnings guidance announcements made by man companies in July, the simple average EPS revision for 2019 was -1.65%, while the weighted average was +0.11%. 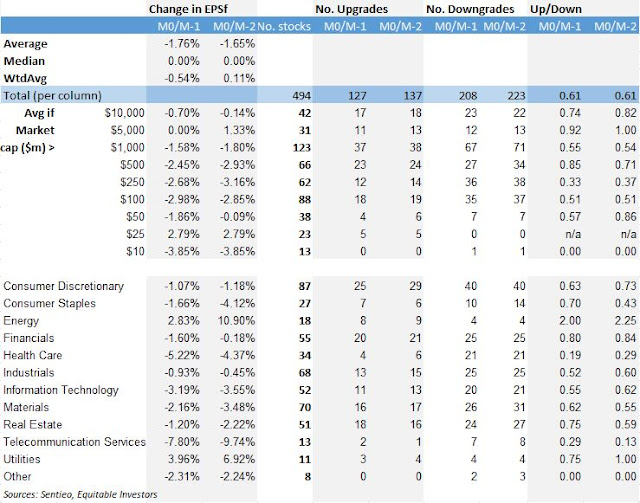 As can be seen from Figure 1, Energy and Utilities were the sectors receiving the most favourable EPS upgrades from analysts. Energy was also the only sector where more companies received EPS upgrades than downgrades.

Equitable Investors Dragonfly Fund is a holder of IT consultancy Empired (EPD), which features in the table below (Figure 2) of the biggest EPS upgrades in August - yet its share price was unchanged. Similarly, Dragonfly Fund holds shares in fashion retailer PAS Group (PGR), which actually declined 8% despite an upgrade to analyst expectations. 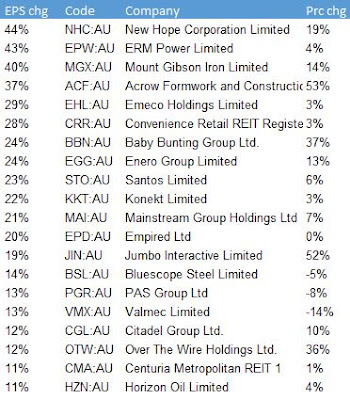 Thankfully, Dragonfly Fund was not a holder of any of the companies that received the heaviest downgrades from analysts, as set out in Figure 3. 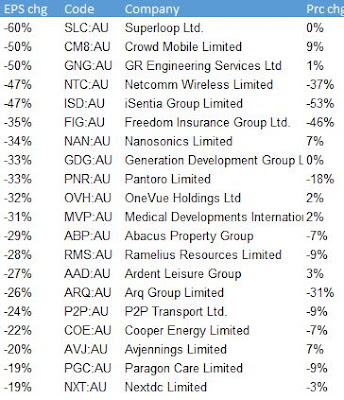